Protection of the marine fauna of Costa Rica

Home | Blog | Nature | The manatee, a mermaid in danger

The manatee, a mermaid in danger 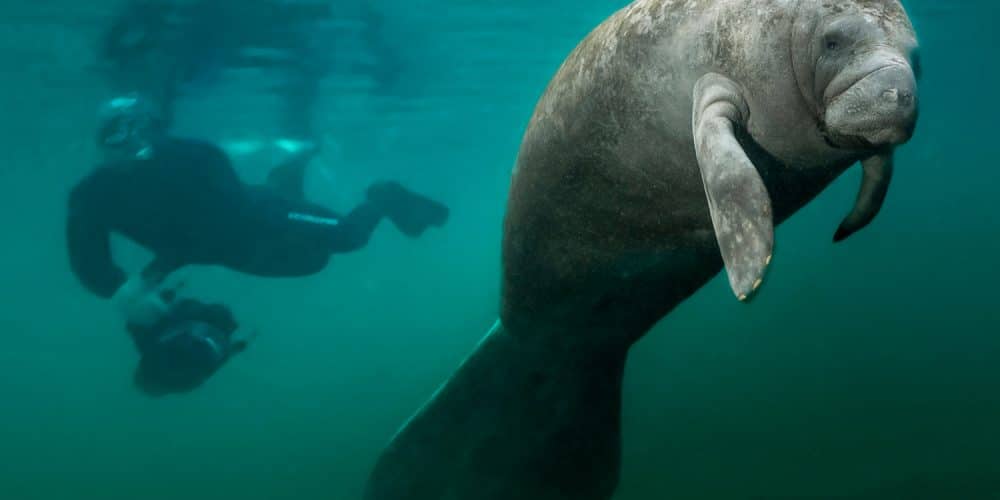 Some legends and stories told by sailors who sailed the Atlantic in search of new lands and treasures, used to report the existence of mermaids; alleged beings half woman half fish, which appeared to them in the long nights of navigation at the desolate sea…

Today we think those mermaids, in reality, were manatees.  In fact, hence has derived the name of the group to which manatees belong (Sirenia).

In the same way, in many indigenous cultures of Latin America, the manatee has been protagonist of several legends, and Costa Rica is no exception.  The truth of the matter is that this curious animal has been subject of study, and has fueled the imagination of many generations.

The Manatee, a sea cow

Manatees are large and grayish mammals, with a tail in the form of a wide blade and extremities transformed into fins, which show three or four nails.   They have wrinkled heads and faces with whiskers on the muzzle. An average adult Manatee is about 3 meters long and weighs approximately 550 pounds.  They have earned the nickname of “sea cows” due to their appearance and large size.

Although manatees may take up to 20 minutes under water, they must eventually emerge to breathe air, since they are mammals. Normally, they lie submerged at the bottom or just below the surface of the water, breathing every three to five minutes, on average.

In addition, they are mainly herb eaters, but sometimes they may ingest small fishes and invertebrates along with vegetation. Their character is gentle, and they are slow. They spend most of their time eating, resting and traveling, since they are a migratory species.

Tortuguero, an area with a large amount of manatees

Manatees tend to live in plain water, slow rivers, estuaries, salt-water bays, canals and coastal areas – in particular, where the seagrass or vegetation of freshwater proliferates.

In Costa Rica, they are located in two populations: the water currents of the Northeast, where the majority inhabits, including Tortuguero, San Juan River, and others.  And a few more, which move in the currents near the border with Panama, which includes Gandoca-Manzanillo.

In Costa Rica and at Manatus Hotel we protect the manatee

The West Indian manatee is considered an endangered species by the Convention on international Trade of Wildlife Fauna and Flora Endangered Species and by the International Union for the Conservation of Nature.   At the international level, all the sirenia are protected by the Convention of Cartagena Protocol, which prohibits taking, killing, buying or selling manatees, including parts or products made from manatees.

In July 2014, the Legislative Assembly of Costa Rica named the Manatee (Trichechus manatus) the national symbol of the marine fauna of Costa Rica.

But, although its habitat is located in protected areas, the manatees are not exempt from threats, due to the agrochemicals dragged by the rivers and the high transit of boats through the canals, which hit them, causing wounds that preclude their mobility and therefore, their ability to find food.

That is why, at Manatus Hotel, honoring our name, we have made an effort to support the Manatee protection program in Tortuguero, Costa Rica, which has earned us the recognition of the NATIONAL GEOGRAPHIC Flag.

We invite you to learn more about our efforts in sustainability and the protection of the environment in this link: https://manatuscostarica.com/the-manatus-hotel/sustainability-policy/

15% discount on direct bookings in the months of May, June, September and October
Share On