Home | Blog | Nature | THE PROTECTION OF THE GREEN TURTLE IN TORTUGUERO

THE PROTECTION OF THE GREEN TURTLE IN TORTUGUERO 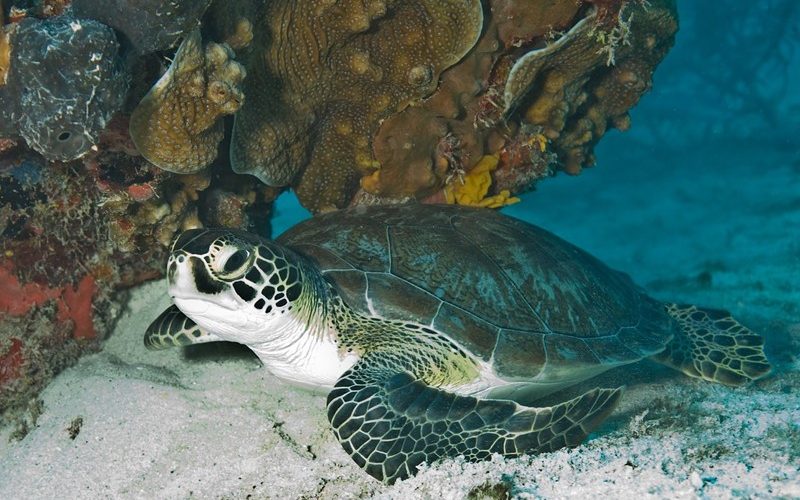 Tortuguero is a destination recognized worldwide as an exotic and unique place, somehow sheltered from the world that has in its territory an immense natural wealth of tropical flora and fauna, very hard to beat elsewhere.

However, Tortuguero’ s main attraction is still the sight of the spawning of the sea turtles, since its beaches have the privilege of receiving every year, between July and October, the visit of one of the most important sea turtles, which are also is in danger of extinction: the green turtle.

A large and long-lived turtle in danger of extinction

The green turtle is a large size species, which owes its name to the color of the fat located underneath its shell and not precisely because of the color of its skin.  Its shell can be brown, gray, black or olive green.

Adults can reach 1.5 meters in length and can weigh between 68 and 190 kg.  Some people confuse this species with the hawksbill turtle, but it differs primarily by the shape of the mouth, which is straight and short, not as a beak, as the one of the hawksbill.

The green turtle can live up to 75 years; however, it is currently in danger of extinction due to a series of threats, including the following:

For these and other reasons, the protection of the green turtle is extremely important, and hoteliers and the Tortuguero community has turned to the task of protecting this species from extinction with a series of measures during their nesting, spawning and return to the sea.

We invite you to enjoy this unique spectacle of nature through the tours that we offer at Manatus Hotel, where we practice a responsible tourism.