Home | Blog | Nature | Which is the real wealth of Tortuguero?

Which is the real wealth of Tortuguero? 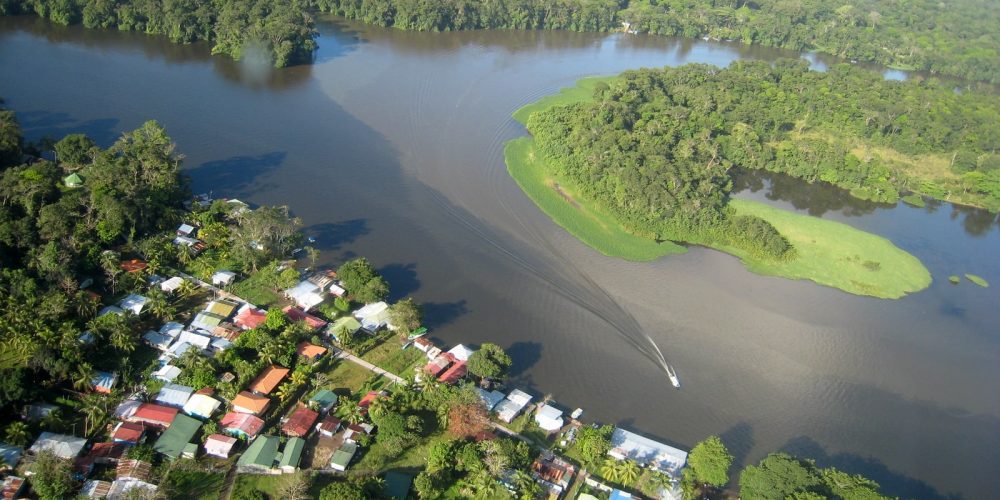 People talk about Tortuguero, as a magical, exotic and even inhospitable place.  A small Pearl in the Costa Rican Caribbean, which is a pride for locals and a magnet for tourists. But, what makes this natural destination a so special and different place from so many?

The first thing I should say is that Tortuguero is a natural destination only penetrable through an impressive labyrinth of water channels, or by air, flying.  It is a village in the 21st century, with no traffic lights, streets or cars.   In the 1940s, timber companies arrived to this area and began to exploit it, but 20 years later a strong conservation movement begun and it has continued until today.

Those who decide to go to Tortuguero by land have to take a public or private boat service, at the dock of Pavona, which will lead them to their destination, either in the village of Tortuguero, at one side of the Grand Canal, or in any of the hotels and lodges located on the other side.

This is the first magic moment; to navigate a river surrounded by the wild nature of the Costa Rican Caribbean that seems untouched by man.   As you go through the tour, you will see exotic birds, monkeys, and perhaps a sloth that briefly interrupts his nap to watch the new visitors from the top of a tree.

Nesting and spawning of sea turtles: the highest point of attraction

However, most of the tourists that arrive to Tortuguero have a very clear purpose; to go to the beaches of Tortuguero National Park to see the nesting and spawning of the sea turtles that arrive every year to these shores. The green sea turtle, which is the main visitor, arrives from July to October, the Leatherback and hawksbill both arrive between February and March, and the loggerhead, to a lesser extent.

Let the show begin!  With a tour guide using a source of infrared light, the prohibition of taking photos or videos, and walking in silence, hundreds of visitors come each night during the spawning season to enjoy this impressive natural event.  Without a doubt, a moment that those who live it will treasure forever.

So much to do in Tortuguero!

However, although the arrival of the turtles at the beach is the main attraction of this natural destination, the rest of the year tourists can also enjoy the many other activities that this area has to offer.

You can sail through the water channels and appreciate nature at first-hand, with alligators that hardly poke their head above the water, herons standing on one leg, and howler monkeys screaming from the tops of giant trees.  You can also hike to the Tortuguero Hilltop, to enjoy the view of the place at the highest point, practice canopy in the lush tropical forest or simply relax at the hotel poolside overlooking the Grand Canal.

But, in addition, Tortuguero is one of the most important points to practice sport fishing in Costa Rica!  What else can be said?

Take a vacation in Tortuguero and see with your own eyes the wonders of this still-hidden treasure. Manatus Hotel will be happy to receive you as in your own home.  Make your reservation today!